Girls In Gambia love their football 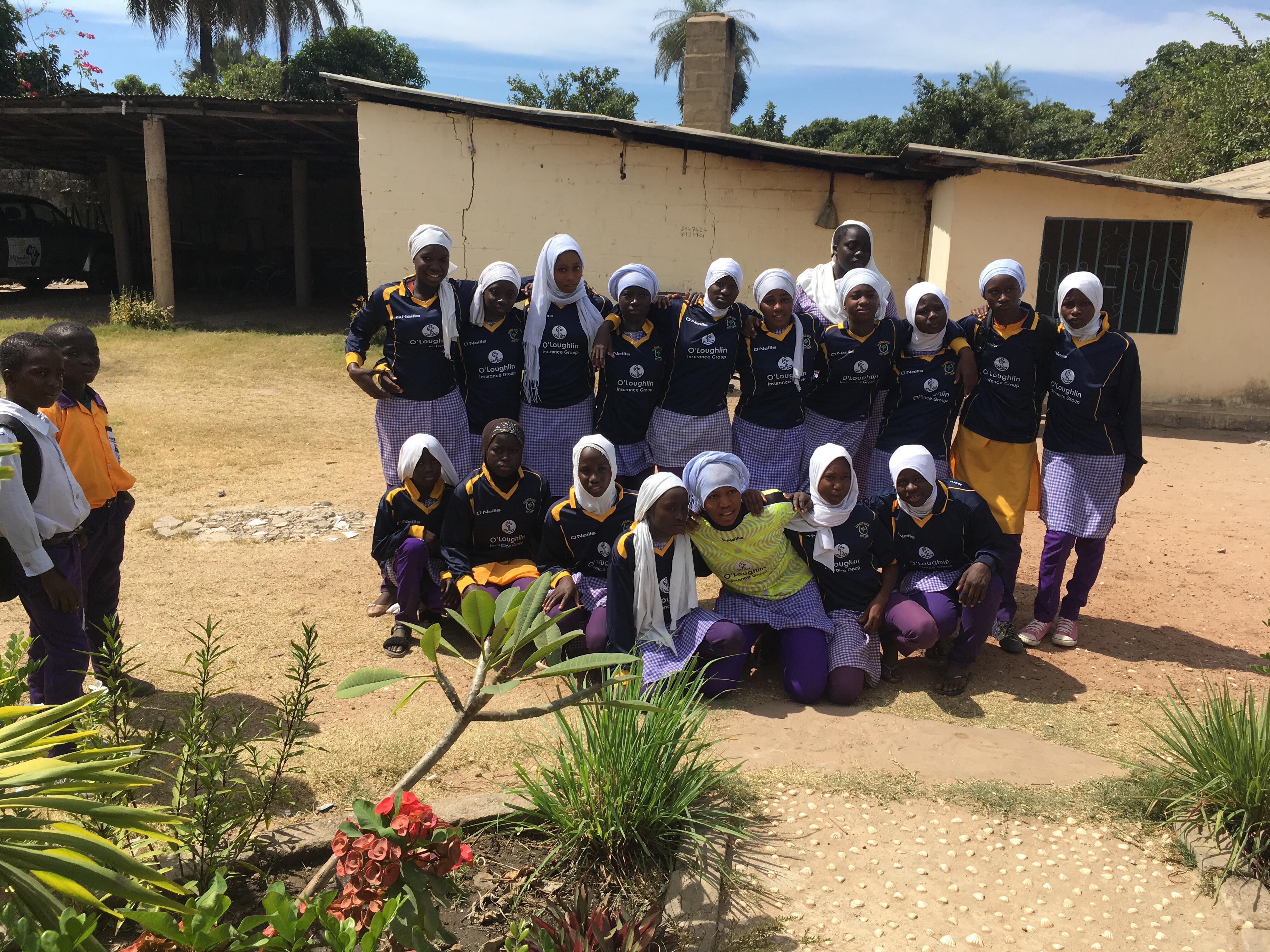 My name is Paul Dowling and I recently returned from a week-long trip volunteering with the Charity WYCE in The Gambia along with five friends, collectively, the JOAL team. We put out an appeal a few months ago for unwanted football tops/jerseys to bring with us as these are a huge commodity in The Gambia. We were truly amazed by the generosity of individuals and clubs across Ireland & the UK alike. One such club who donated a full kit was Clonee United FC, and I would be very grateful if it was possible to post a short message showing our appreciation and perhaps highlighting our ambition to raise €6,000 to build a new classroom for the local school in Madina Salame over the next two years.

To give you some context I have included an account of my experience below along with some pictures of the kids in the football tops and some of the volunteering we have done. If you need any more information please feel free to contact me on paul.dowling.92@gmail.com

We returned last Wednesday, 30th January from a week in Madina Salam, The Gambia on a six and a half hour flight from Banjul Airport, Gambia’s capital. The Gambia last year was ranked the 12th poorest country in the world with a life expectancy from birth of 61 years. Furthermore, it is one of the few countries in the last 10 years that has actually gotten poorer, surviving on only a very small tourist trade and peanut production.

This was the second visit to The Gambia for most of our group who previously visited in 2017. Given it was my first visit to the country, I was busy absorbing everything going on around me during the hour-long journey from the airport to the village. Everything from the mud-brick huts on the side of the road, to the state of disrepair of virtually every vehicle we passed, to the roads themselves – dirt tracks as we would call them. It was totally new to me, yet this is daily life for everyone there.

Two years ago, the group shipped a packed container of over 450 bikes, cycle mechanic tools and other supplies. This was a crucial element in the overall plan of training up local villagers to the level of apprentice cycle mechanics in order to provide a service in their villages and income for their families.

Armed with the knowledge from the previous visit this year we chose to bring football tops/jerseys with us. Not only are they an item of clothing when most of their clothing is in rags, but also a jersey is seen as a highly desirable item of clothing in The Gambia. This year thanks to the generosity of Clonee United FC, and many other clubs across the country, along with countless individuals, we collected over 400 tops. A massive 140kgs worth – a good thing we travelled light as we had no room for our own things. The tops were very well received and three football matches were arranged over the days including one for the girls. It was fantastic to see the pleasure they got from them. We would really like to thank everyone who donated tops to the cause.

The school is one of the best around, it’s reputation is probably it’s downfall. In 2017 there were 700 students. Two years on, it is now catering for almost 1000 children, split into two shifts so as everyone can be accommodated, be it at about 50 students per class. We spend a day painting the school and another fixing tables, hanging blackboards, and other odd jobs.

Having observed the capacity challenges faced in accommodating all the school children, we decided while out there to fund the building of a new classroom, a cost of about €6,000. Potentially 500 students could use that every week. The people of Madia Salam are starting to know where Ireland is, they really will when we build their classroom. Anyone wanting to help contribute to a really good cause please feel free: https://www.gofundme.com/build-a-school-classroom-in-the-gambia-with-joal 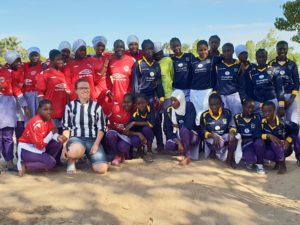 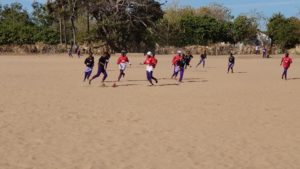 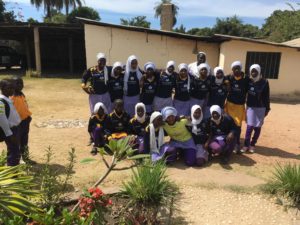 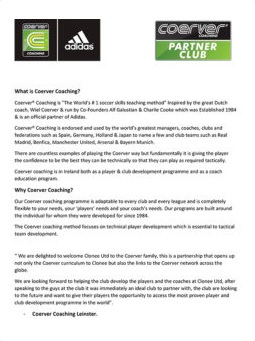